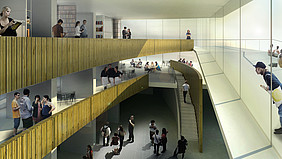 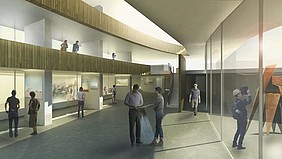 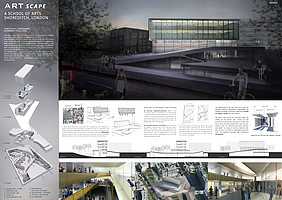 Second-place winners of the 2015 Start for Talents Competition are, Moschou Theodora & Matsouki Sofia-Nefeli, students of the Architectural Engineering School of the Technical University of Crete. The topic was the design of a School of Arts in London.

As far as it concerns their project, students said that "...from the very beginning, great significance was given upon the interrelation that unfolds between the School and the district itself. What is suggested is the establishment of a landmark for the district, which will function as a territory dedicated to art, a space of art. This space of art called Artscape (art and landscape) becomes a part of this city and takes to it by creating accesses and movements, in which a tour of the space constitutes a vivid art experience. Thus, the aim is to design a space capable of functioning with dual roles, that of the school, a space of creativity and education and also the meeting place for artists from all over the world and a space of exhibiting and promoting the outcome, bringing the spectator closer to a more lively side of modern art, that of artistic creation."