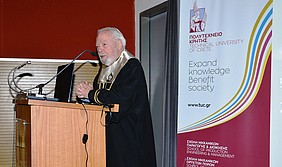 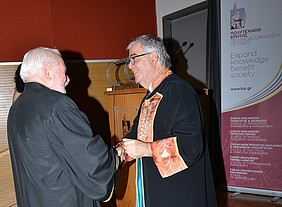 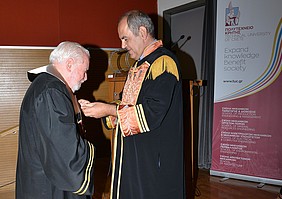 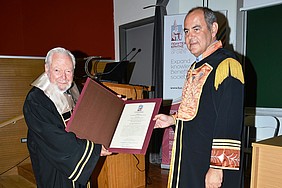 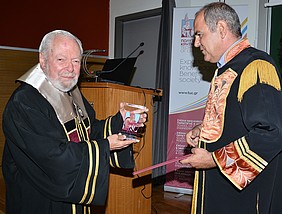 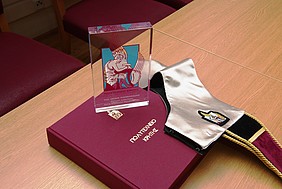 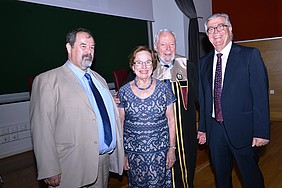 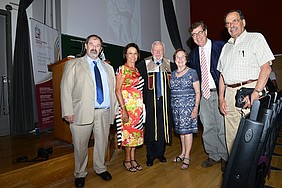 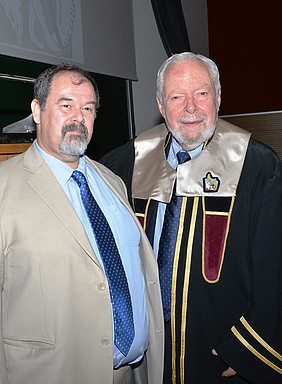 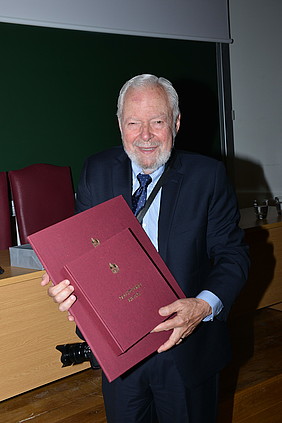 The nomination of Prof. George Tchobanoglous for the award of an honorary doctorate degree for his outstanding Contributions to the field of Environmental Science and his valuable services to the Technical University of Crete, received a unanimous vote by the General Assembly of the School of Environmental Engineering of the Technical University of Crete.

George Tchobanoglous, a professor emeritus in the UC Davis Department of Civil and Environmental Engineering, worries about how to deal with what we leave behind. George_Tchobanoglous — affectionately known by colleagues and students as “George T” — is an international authority on wastewater treatment, management and reuse. He’s widely recognized for promoting the use of new technologies in four key areas: the construction of wetlands for wastewater treatment; the application of alternative filtration technologies; ultraviolet (UV) disinfection for wastewater reuse applications; and decentralized wastewater management. His ground-breaking work on the use of aquatic plant systems for wastewater treatment led to the first national conference on this topic, back in 1979. At that point, he was nearly a decade into a 35-year teaching career at UC Davis, which had begun in 1970. As chair of the National Water Research Institute’s UV committee, he helped draft the first UV guidelines for water reuse. His recognition as an expert on decentralized wastewater management systems led to his being drafted as a keynote speaker at numerous conferences.

Tchobanoglous has written more than 375 publications, including 14 textbooks and five engineering reference books. The textbooks are used in hundreds of college and universities throughout the United States, and by engineers in the States and abroad. He also served as editorial consultant for the McGraw-Hill book series, Water Resources and Environmental Engineering. He was elected to the National Academy of Engineering in early 2004, in recognition of his contributions to engineering education, engineering practice and public service in the field of environmental engineering. This honor followed numerous earlier accolades, such as the 2003 Athalie Richardson Irvine Clarke Prize for Excellence in Water Research, given to outstanding research scientists who have implemented better water-science research and technology.

Wanting to encourage those following in his footsteps, in 1999 Tchobanoglous and his wife established the George and Rosemary Tchobanoglous Graduate Fellowship: an endowed fund designed to recognize outstanding graduate students in environmental engineering. According to the Tchobanoglous’ wishes, the fellowship is reserved for students studying toward a master’s degree, who are not considered candidates for a doctoral degree. Recipients are selected each year by faculty members in the Department of Environmental Engineering.