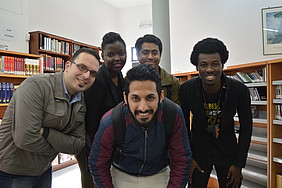 The Technical University of Crete is number 31 in the list of the world’s best universities for Oil, Gas, and Petroleum engineering, according to the results of the 2017 CEOWORLD magazine university rankings.

The United States dominates the list, with 15 universities in the top 35; the United Kingdom is the second best performing country, with six universities. China, meanwhile, has 4 ranked universities; India and Norway have two; Austria, Denmark, France, Italy, Greece, and the Netherlands each have one.

World’s best universities for Oil, Gas, and Petroleum engineering in 2017 by the CEOWORLD magazine is based on six major indicators of quality, overall Score (100%) is the sum of:

Data for these indicators was collected from publicly available sources, university’s website, our research, and survey. It measures the quality of education, job placements of students, and the recruiters feedback, without relying on university data submissions. Students, industry professionals, and recruiters were asked to rate universities on a scale of 1 “marginal” to 100 “outstanding” or “don’t know.”