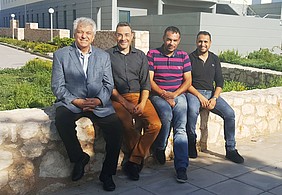 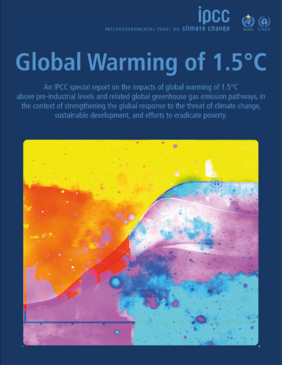 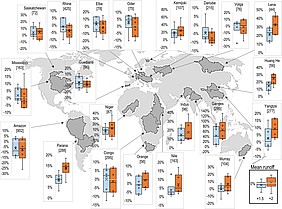 The Laboratory of Water Resources Management and Coastal Engineering of the Technical University of Crete, School of Environmental Engineering, contributed significant research results to the Special Report on Global Warming of 1.5oC. The Lab director Prof. Ioannis Tsanis and the research associates Aristides Koutroulis, Manolis Grillakis, Konstantinos Seiradakis, Ioannis Daliakopoulos, Lamprini Papadimitriou and Ioanna Panagea, co-authored a number of peer-reviewed papers addressing the issue of 1.5°C global warming. Some of these were cited in the Intergovernmental Panel on Climate Change (IPCC) Special Report. The most important contribution is Figure 3.15 of chapter 3 (page 45) along with the corresponding text on changes in surface run-off of major global river basins. It was a key reference of the Special Report for the "Runoff and fluvial flooding" chapter. These findings are included in the following published study, which studied hydrological changes, among other impacts, on a global scale:

In addition to this work, the following studies, published by members of the Water Resources Management and Coastal Engineering Laboratory, were cited in the Special Report.

Launch and synthesis of the Special Report
With the adoption of the Paris Agreement in 2015, the United Nations Framework Convention on Climate Change (UNFCCC) invited the IPCC to provide a Special Report in 2018 on the impacts of global warming of 1.5°C above pre–industrial levels and related global greenhouse gas emissions pathways. A key factor in deciding whether the proposed 1.5°C report could be delivered was whether there would be enough peer-reviewed scientific papers to form the basis of the report. The response of the scientific community was immediate and supportive. Therefore, in April 2016, the IPCC Council recommended its 195 member governments to commission the 1.5°C Special Report, which was completed in October 2018. According to the Special Report, action against anthropogenic climate change needs to be enhanced and there is an urgent need to keep Global Warming at 1.5 ° C relative to the pre-industrial period. Even the "small" difference of an additional 0.5°C (at 2°C) will have a significant impact on the physical and structured environment.