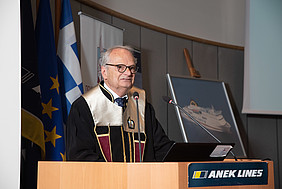 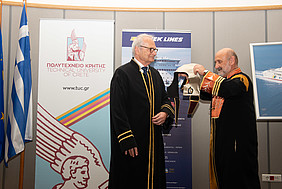 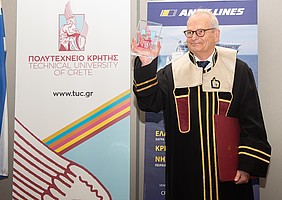 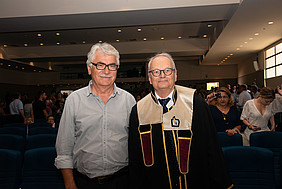 The Technical University of Crete had the honour to confer a Doctorate Honoris Causa on Prof. Rainer Stegmann on Friday, August 30, 2019 in recognition of his outstanding contribution to the promotion of research and technology worldwide in the field of Solid Waste Management, as well as his ongoing support of the academic and research activities of the School of Environmental Engineering of the Technical University of Crete.

Video of the Ceremony