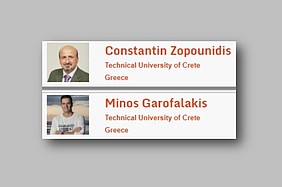 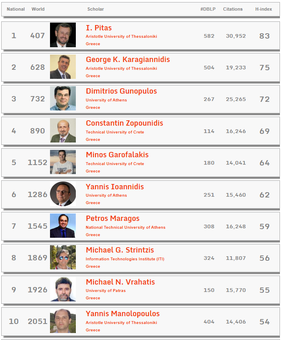 TUC Professors, Constantin Zopounidis(PEM School) and Minos Garofalakis (ECE School) are among the leading scientists, according to the 2020 6th edition of Top Scientists Ranking for Computer Science & Electronics, by Guide2Research portal.

The ranking represents h-index, DBLP and citations values gathered by May 16th 2020. The key analysis is the Top Scientists Ranking, which is a definitive list of leading scientists from the field of computer science and electronics, based on a detailed examination of more than 6000 profiles on Google Scholar and DBLP. Position in the ranking is based on each scientist’s influential contributions based on their h-index from Google Scholar, which is the largest and well-accepted bibliometric database of this type available to the scientific community.

Professor Zopounidis is placed 890th at the world ranking and 4that the ranking which features all top computer scientists affiliated with Greece.

Professor Garofalakis is placed 1152ndat the world ranking and 5that the ranking which features all top computer scientists affiliated with Greece.