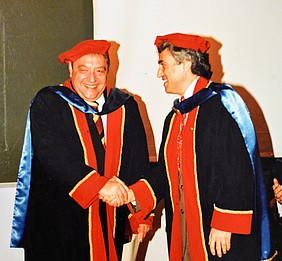 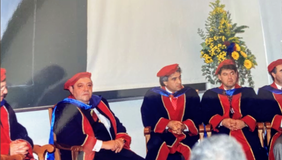 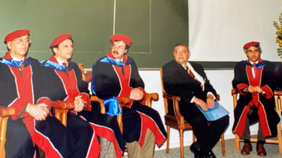 MIT electrical engineering and computer science Professor Emeritus Michael Athans died peacefully on May 26 at his home in Clearwater, Florida, at the age of 83. TUC conferred upon Michael Athans a Doctor Honoris Causa degree in December 2, 1996.

Athans was born in Drama, Macedonia, Greece in 1937. He went to the United States in 1954 for a one-year exchange visit under the auspices of the American Field Service (AFS), and attended the Tamalpais High School in Mill Valley, California. His year in the AFS was a defining one. He fell in love with America during this time and decided to stay in the United States when his AFS year was over. He then went on to attend the University of California at Berkeley from 1955 to 1961, where he received his BS in 1958 (with highest honors), MS in 1959, and PhD in control in 1961.

A pioneer in the field of control theory, he helped shape modern control theory and spearheaded, together with students and colleagues, the field of multivariable control system design and the field of robust control. These fundamental contributions were made in the course of Athans’s long and deeply accomplished tenure at MIT, as a member of the technical staff at Lincoln Laboratory from 1961 to 1964, and as a Department of Electrical Engineering and Computer Science faculty member from 1964 to 1998.

He further influenced the field as a transformative director of the Laboratory for Information and Decision Systems (LIDS), which was called the Electronic Systems Laboratory when Athans took the helm in 1974. He recognized the promise of the systems and control field in a vast array of domains, the need for new methodologies geared toward large-scale systems, and the confluence of control and communications.*

Following a unanimous decision of the TUC Senate, the Department of Electronic & Computer Engineering of the Technical University of Crete has conferred the title of Doctor Honoris Causa to Professor Michael Athans in Chania, on December 2nd, 1996.