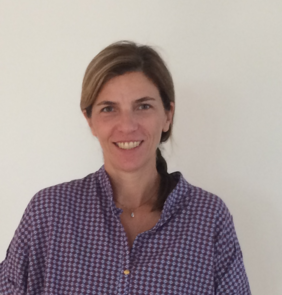 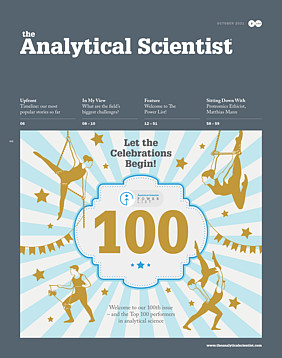 Professor Elia Psillakis from the School of Chemical and Environmental Engineering, Technical University of Crete has been named as one of the world’s most influential analytical scientists by "The Analytical Scientist" magazine (The Power List 2021). Professor Psillakis was nominated by her peers and selected by a judging panel.

The Analytical Scientist, a magazine published by Texere Publishing Limited, focuses on people, technology, and innovations in analytical chemistry. It created the Power List in 2013 and ever since, announces the list on an annual basis. This year the announcement of the Power List coincided with the 100th issue of the magazine.

On the special page where her entry in the list is displayed, Prof. Elia Psyllakis notes the following: "Controversial opinion? Many priorities and strategies tend to direct research in analytical chemistry to applications and the "known unknowns" – establishing and solving the obvious problems. While delivering known answers to questions is important, solving problems we don’t even know exist is far more valuable because that sets our future agenda. To do this, we must defend bottom-up and curiosity-driven research, adopt a constructive skepticism in the science we do, and allow “space” in the field for creative scientific debates to happen. Promoting the study of fundamentals will demonstrate that the academic practice of analytical chemistry is dependent upon more than just producing data or copying a method. It will show that research in the field surpasses explicitly knowing things and seeks deeper appreciation of how systems work and especially, how systems fail. The generation and handling of data are of utmost importance in our field; but from a scientific viewpoint, sometimes, we seem to miss the forest for the trees."

Elia Psillakis is Full Professor in Water Chemistry at the School of Chemical and Environmental Engineering, Technical University of Crete, Greece. Her research activities focus on (i) understanding and applying green sample preparation methods to the detection of emerging and persistent organic pollutants, and (ii) studying the degradation of organic contaminants in natural and engineered systems. She has received three "Top cited article" awards and in 2007, she received a Fulbright award and used it at California Institute of Technology (Caltech), USA. Psillakis has given a number of invited talks and lectures in International Conferences and University Departments around the world. She is the Head of the Sample Preparation Study Group of the European Chemical Society-Division of Analytical Chemistry. Psillakis is the Editor-in-Chief of "Advances in Sample Preparation" by Elsevier, Specialty Chief Editor of the Environmental Analysis specialty section in "Frontiers in Analytical Science" by Frontiers and an Associate Editor in the "Journal of Separation Science" by Wiley. In 2012 and 2013, she was vice-chair of the European chemistry evaluation panel for the EU Marie-Curie excellence fellowships. From 2014-2016 she acted as the Deputy Rector of Academic Affairs and Research at the Technical University of Crete.