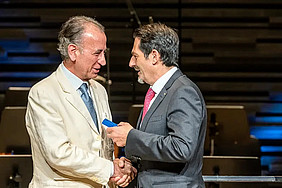 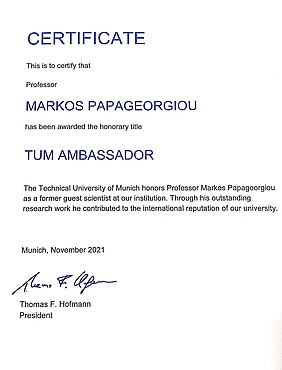 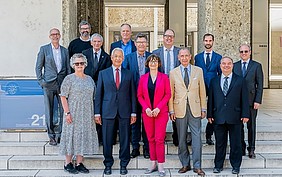 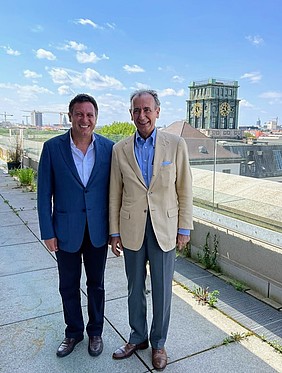 Together with Professor Klaus Bogenberger

In addition, the awarding of the title of "TUM Ambassador" was accompanied by a scientific seminar at the Vorhoelzer Forum on Friday, July 15, 2022. In his talk, entitled "A new traffic paradigm in the era of connected and automated vehicles", Prof. Em. Markos Papageorgiou presented the scope of his current research interests.

It is worth noting that the title "TUM Ambassador" is an honorary title awarded to selected leading researchers, of international scope, who have served and contributed with their expertise, experience and scientific work to the Technical University of Munich. Prof. Em. Markos Papageorgiou has received a Diploma and a PhD in Electrical Engineering from his Alma Mater, the Technical University of Munich, in 1976 and 1981 respectively.