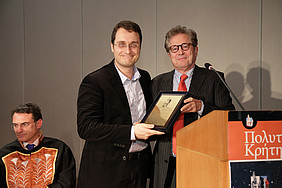 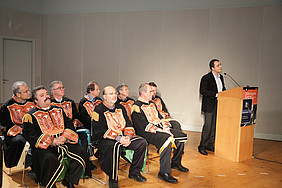 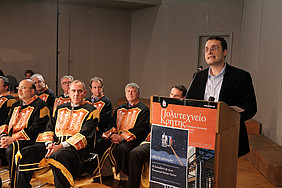 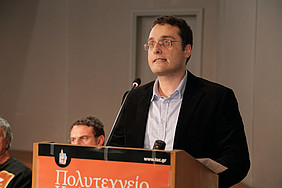 Aggelos Bletsas received with excellence his diploma degree in Electrical and Computer Engineering from Aristotle University of Thessaloniki, Greece in 1998, and the S.M. and Ph.D. degrees in Media Arts and Sciences from Massachusetts Institute of Technology, Cambridge MA in 2001 and 2005, respectively.

He worked at Mitsubishi Electric Research Laboratories (MERL), Cambridge MA, first as a consultant and then as a Postdoctoral Fellow and at Radiocommunications Laboratory (RCL), Department of Physics, Aristotle University of Thessaloniki, as a visiting scientist. He joined Electronic and Computer Engineering Department (ECE), Technical University of Crete, in summer of 2009, as an Assistant Professor.

He is Associate Editor of IEEE Wireless Communication Letters and Technical Program Committee (TPC) member of major IEEE conferences. He holds two patents from USPTO and he was recently included in here.