The Directorate of Telecommunications, Networking and Computing Infrastructure designs, implements and operates the main IT & Communication services of the University, as well as the necessary infrastructure. It offers high class ICT services to the academic community such as electronic mail, internet access, telephony, development and support of tailor -made software applications for e-government and e-learning. It operates the broadband data network of TUC, which interconnects to the Greek Research and Technology Network (GRNet), and the Pan-European Research and Education Network (GEANT) through high speed optical paths. The Directorate is also responsible for the development of facilities like computer rooms, videoconference rooms, PBX centers, data centers etc.

At the same time, the Directorate participates intensively in several R&D projects and invests on cutting edge technologies and services.

Technical University of Crete is the first Greek university to have included such activities into its administrative organizational structure. The establishment of the Directorate was a dire necessity as well as a significant innovation, mainly because it promoted the ICT infrastructure of the University in a single and unified manner, which in turn provided the means for their most effective development and operation as well as for an economy of scale. 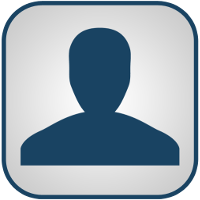 Maria Vogiatzaki
IDAX
mvogiatzaki<at>tuc.gr
Tel: +302821037515
We use only the technically necessary cookies to provide you with better services. Learn more
© Technical University of Crete 2012